Why are forecast calculated to the 1,000th place while SCE only reports to the 100th place? — OhmConnect OhmConnect

Why are forecast calculated to the 1,000th place while SCE only reports to the 100th place? 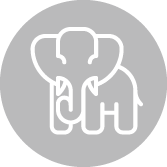 Well I'm a little upset. First with the points change in reducing the platinum earning from 4x down to 2x LITERALLY the same week that reached platinum which really sucked since I had already been earning 2x and worked really hard to get to platinum only to be stripped from the reward after reaching it.
So I kept my hopes us in earning more with my streaks. I reached 31 day streak and even with platinum I earned a whopping 21 points total on the last 2 OHM hours. But the straw that broke the camels back and led me to post here is the fact that I just lost my streak because I was over by 0.007 on the very last OHM hour.
I find it a bit weird that the forecast given to the 1,000th place when SCE only reports data to the nearest 100th place. In this case my forecast was at 0.443 by SCE reported that I used 0.45. Yes, I know that I am technically over but it's pretty frustrating when it's by such an insignificant amount and the result is that I lose a 1.5x multiplier when the payouts already seem so low. Without the streak bonus I would only made 12 points (and that's with platinum status), hardly worth me keeping the lights and air conditioner off.
And I'm sure that at this pace I will soon lose my platinum status as the last few forecast have been insanely low, literally almost as much power as my refrigerator uses up in an hour.
In the past month I have had 4 OHM hours within 0.25-0.30 which is insane considering my power usage is at it's lowest only between 2-5am and even then when EVERYTHING is off, I mean AC, Lights, TV's etc. My average usage hovers around 0.23. I swear it almost feels like they're trying to set you up to fail in order to lose your streak.