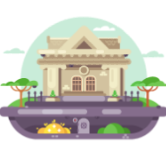 Has anyone seen this?

Look forward to hearing what people's thoughts are on this.