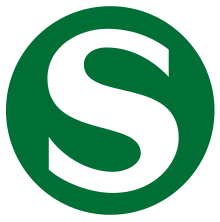 I don't like bloated apps so if I just need to use the Kasa app once to set up the smartplugs in the cloud, and can get away with something much simpler the rest of the time, then that's great. The Kasa app is over 90M...

Smaller apps that will also control the smartplugs are Google Assistant (kinda 0M cuz folks will have it anyway), IFTTT (7M), and AnyMote (14M).

Google Assistant seems intermittent. Sometimes instead of turning off the smartplug it will think you wanna do a google search of the phrase you just spoke. Usually that can be solved by having bookmarked...
https://assistant.google.com/services/a/uid/000000e27e931336
...in Chrome and reloading it, then repeating the Google Assistant voice command.

IFTTT works by integrating with the (IFTTT) OhmConnect service (or for really simple, the Button widget service) and the (IFTTT) TP-Link Kasa service.
https://play.google.com/store/apps/details?id=com.ifttt.ifttt

AnyMote is an interesting one. Rather than talking to the cloud, it can just talk to your local network if your phone and smartplug are both connected to it. Usually by logging into your local network you can see the smartplug's IP address. Enter that along with port 9999 into Anymote, and you can turn the smartplug on or off when you're home.
https://play.google.com/store/apps/details?id=com.remotefairy4
Another that I recall works similarly is My Local TPLink Smart Plug Basic Control.
https://play.google.com/store/apps/details?id=com.gleib.mylocaltplinksmartplugbasiccontrol

There's more that use the cloud. Yonomi (7M) is one, What are some others?

Also has anyone found an app other than Kasa that can read the smartplug monitoring data?