Has anyone received their 2018 1099 Tax Form yet? — OhmConnect OhmConnect 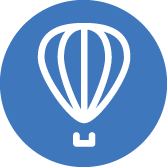 cmenende Member Posts: 20
February 2019 in General Discussion
I received an email for me to sign and agree for me to receive it through email but I still haven't received it. I also saw they said they would send them out the 31st of January via USPS but I haven't received mine from the mail either. When will they be sent out via email or mail?
0

This discussion has been closed.
Page Title