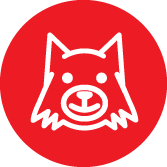 Is anyone having a hard time getting in touch with Customer Service?

Anyone have similar issues getting responses or a real answer from them?