What am I supposed to do here? — OhmConnect OhmConnect

What am I supposed to do here? 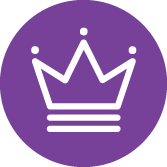 HI guys, excited to do this, first time user here. I just signed up. The main page says "Status: Carbon" however when I go to the tune-up page it indicated that everything required for Silver status has been completed. I received an email telling me about my first "ohmhour", it's in about 12 hours or so, but I can't seem to find anything relating to "estimated forecast usage" or such. I mean, the achievements calls for "20% savings"...but 20% of what?