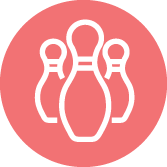 renaysorondo Member Posts: 2
October 2019 in Welcome to OhmConnect
Signed up for OHM but don’t know how to get started on my OHM hours? Do I have to purchase products before I can begin?
0