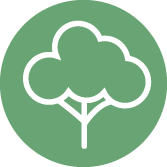 It made me more than a little frustrated to have my computer shut off without warning, when up to now the rules of the game were that I'd get a notice the day before and then minutes before. This feature rollout is taking too many liberties with my devices: a single email and a single text message that doesn't give a time, is not enough of a notice to start exerting new control over my home. Less than one day's notice and manual "opt-out", is nowhere near appropriate for a company that has been given such an intimate connection to our homes. I haven't had time to investigate how opting out will impact my account, but I will be opting out of AutoOhms, I hope I don't have to also opt out of OhmConnect.