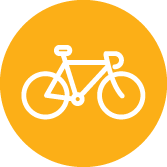 I have just joined OhmConnect and since I have been on strike for 15 hours strait, but you are lowering limits to the extent that they are impossible to reach.

I was given goal of 0.159kWh. Only device that was on during this hour was refrigerator and it used 0.159kWh. This ended my streak at 15. This seems a bit silly.

What do you base your goals on?